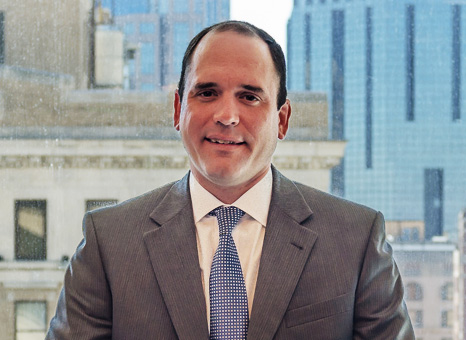 Jonathan has been named to the Tennessee list of Superlawyers since 2013 for his personal injury practice, an award based on peer nominations and evaluations combined with independent research. He has a 10.0 rating on Avvo and has been rated AV Preeminent by Martindale-Hubbell® Peer Review Ratings™, the gold standard in attorney ratings, since 2015.

Jonathan was born and raised in Nashville and is Larry Williams’ son. After graduating high school from Montgomery Bell Academy, Jonathan received his undergraduate degree in Political Science – Law and Justice – from North Carolina State University graduating Cum Laude. He received his J.D. from Nashville School of Law in 2007, working as the firm’s law clerk while in law school. In college, Jonathan was a three-year letter winner and member of two ACC Championship wrestling teams. Additionally, he was a four-time recipient of the scholar athlete award and three times an ACC All Conference Academic Team member. Jonathan formerly served as the President of the Middle Tennessee Wrestling Officials Association, a not-for-profit corporation chartered to promote amateur wrestling in middle Tennessee. He is also an experienced high school wrestling referee and refereed ten state championship tournaments.

Jonathan is known for his attentive client service and tenacious litigation. “I enjoy getting to know people one on one and helping them overcome their challenges” Jonathan says. Regarding the influx of big out of state law firms to Tennessee, Jonathan is often heard saying, “When you hire a lawyer you should get a lawyer, not pawned off to a paralegal or legal assistant. My clients know me and I know them. I think about my clients and their cases every day. It is easier for me to tell their story, because I care about them and their challenges.”

When not in the office, Jonathan is avid golfer and fan of the Nashville Predators.