If you are involved in a car wreck it may be helpful to take photographs. Once you have ensured your safety and the safety of any passengers or other drivers involved in the car wreck you may want to get your smartphone out and snap some shots of the accident scene. Assuming you are physically able to, taking a photograph may be your best evidence of the severity of the car wreck, liability and the extent of your injuries.

Taking a photo of the car wreck will show evidence of:

It will often take weeks or even months for your insurance company to gather all of the information it needs to make a determination regarding a settlement amount for your wreck. The more time that passes the more likely it is that you may forget important details about the car wreck. Having photographs from the day of the wreck may help jog your memory about the details of the event and provide evidence in the event your claim goes to court.

Here is a list of key photographs that you should try to take if you are involved in a car wreck:

Having these photos may help prevent the other driver or insurance company from raising any defense of liability and support higher damages being awarded to you. If you are in a car wreck, call one of our personal injury attorneys today for a free consultation.
Honest Advice, It’s What We Do. Larry R. Williams, PLLC Attorneys At Law. 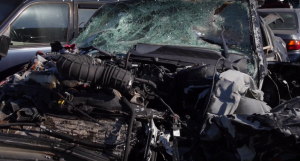